Ing. Trad. Joaquín Ezpeleta is an Electronic Engineer and English-Spanish translator who currently pursues a PhD in Information Technology from the National University of Rosario, Argentina, focusing in Bioinformatics and, more specifically, in Multiplex Systems for Next Generation Sequencing. In addition to his main thesis work in multiplex systems, he has a number of research interests in Bioinformatics and Molecular Biology, such as variant detection in viral populations, long-read genome assembly algorithms and cellular tagging, which he pursues through collaboration with foreign groups, namely the National Institute of Cancer in Brazil, the Federal University of Rio de Janeiro and the Max Planck Institute for Chemical Ecology, respectively.

In the translation business, he has 8 years of experience as a freelance translator, with a strong focus in technical translation, ranging from power generation to technical equipment, IT and life sciences. He has been involved in translation projects for a broad range of major global companies including Siemens, Pfizer, Amazon, Samsung, JPMorgan Chase, Microsoft, Ingersoll Rand, 3M, Apple, X-Rite Pantone, Syniverse and Rockwell Automation, as well as nonprofit and government organizations including the World Economic Forum and the Government of Bolivia. He is also licensed by the local Translator’s Association and has worked as a sworn translator of legal documents for a number of individual clients. He currently serves CH Kilger Anwaltspartnerschaft as a translator of patent applications into Spanish.

Ing. Trad. Ezpeleta is also employed by the Faculty of Engineering, Exact Sciences and Land Surveying of the National University of Rosario, where he teaches System Dynamics and Control of Electrical Drives and collaborates in R&D projects involving power management, control systems, power electronics and microprocessor programming in the context of renewable energy and smart grids. 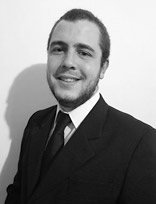